Free planning of the venue, to provide professional guidance

Free planning of the venue, to provide professional guidance

Henan LIMING Heavy Industry Science and Technology Co. LTD which mainly manufacture large and medium-sized crushing and grinding equipments was founded in 1987. It is a modern joint-stock corporation with research, manufacturing and sales together. The Headquarter is located in HI-TECH Industry Development Zone of Zhengzhou and covers 80000 m ². Another workshop in Shangjie Industry Park covers 67000 m ². Over the past 30 years, our company adheres to modern scientific management system, precision manufacturing, pioneering and innovation. Now LIMING has become the leader in domestic and oversea machinery manufacturing industry.

July, 2016: LIMING was assessed as "Quality Benchmark in Henan province".

December, 2014 Liming Heavy Industry is rated as 2014 annual backbone enterprise of the sand and gravel industry.

July, 2014: Liming Heavy Industry had the honor to be on the list of "Henan province Quality credit AAA grade enterprise brand", and became a member unit of "China quality integrity enterprise association".

May, 2014: 2014 First international trade e-commerce services base of Google in China, as well as first Google Adwords experience center, both settled in Liming Heavy Industry. With their powerful combination, e-commerce of Henan was well boomed. MTW European Type Trapezium Mill won the first prize for Science and Technology progress award in Zhengzhou. Liming Heavy Industry had the honor to be on the list of top 100 enterprises for the employment of college students, which is the only involved enterprise in mining and crushing field.

March, 2014: Liming Heavy Industry got financial support from " high growth " program of government, and was recognized as " Outstanding Innovation Enterprise". Sales volume of the first quarter got a 30% year-on-year contrarian growth, and sales volume of March renovated the historic records of monthly sales volume.

May, 2013: VSI5X Vertical Shaft Impact Crusher won the award for Scientific and Technological Achievements in Zhengzhou.

April, 2013: The commissioning for the first intelligent stone crushing line is successful in Saudi Arabia.

December, 2012: The headquarter base was completely finished. And Liming Heavy Industry was awarded " the advanced enterprise in sandstone industry in 2012 ".

November, 2012: Liming Heavy Industry was awarded a prize for best effect of overseas marketing by google in 2012

June, 2012 HPC efficient hydraulic cone crusher and VSI sand making machine are rated as the leading domestic level by the Science and Technology Department of Henan; European type jaw crusher has been assessed as a national advanced level.

April, 2012 wheeled mobile crushing plant get for the the Zhengzhou Municipal Science and Technology Progress Award.

October, 2011 Liming was awarded as a member of the China Association of Environmental Protection Industry.

JApril, 2011 A base for the new headquarters completed in a smooth relocation of various functional departments. Of building a base for the new headquarters will be completed by the end of the year, when the company will become the domestic mining machinery industry, the most superior hardware capabilities, production and processing of the strongest, most advanced scientific research strength enterprise.

March, 2011 was awarded the the best integrity employer Unit Award.

June, 2009YSY Mobile Cone Crusher Crushing Plant for medium reduction is delivered to Azerbaijan. It marks the production of mobile crushing plants in complete seriality and maturity after YGE and YSF series. Meanwhile, the newly introduced VSI5X sand making machine is set up in Russia. The upgrading of new products kicks off.

June, 2009YSY Mobile Cone Crusher Crushing Plant for medium reduction is delivered to Azerbaijan. It marks the production of mobile crushing plants in complete seriality and maturity after YGE and YSF series. Meanwhile, the newly introduced VSI5X sand making machine is set up in Russia. The upgrading of new products kicks off.

April, 2009Industrial Park for Equipments in Shangjie is formally put into use.

February, 2009Annual Work Conference for 2009 of the company is held. The strategic development plan for the next 5 years is clarified in the conference.

December, 2008the sales of the company is nearly 600,000,000RMB. Meanwhile, MTW Series European Technology Trapezium Mill and large LM Series Vertical Mill are launched. Additionally, the researching and development of large Jaw Crusher achieve many breakthroughs. The models of jaw crusher become more complete because of the introduction of PE1000×1200.

August, 2008Yuper Pressure Trapezium Grinding Mill designed by our company is assessed as the domestic leading technology product and is awarded patent certificate ( Patent NO.: ZL2005 2 0030288.3).

May, 2008 The industrial park for equipments in Shangjie starts construction, covering above 30 thousand square meters.

February, 2008 Annual Work Conference of the company is held.

March, 2006Our company is awarded as "The Advanced Company in Sand-Stone Association". The jaw crusher, impact crusher and vertical shaft impact crusher is listed as the recommended products in the association.

July, 2002Many graduates from famous colleges are introduced.

November, 2001 The first machine exported is delivered to Kazakhstan and put into use. In the same year, our products are exported to Malaysia, Australia, South Korea, Indonesia, Russia and other countries and get good reputation there.

June, 2000New sand making machine is launched and gets good reputation by our customers.

May, 2000 High Pressure Suspension Mill designed by our company is launched and get patent certificate ( Patent No.:438048).

1992 Our company introduces and begins to produce raymond mill. It is applicable to many industries and areas. Even now, it still keeps the international advanced level. 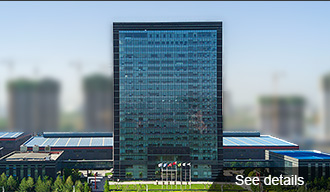 Liming Heavy Industry, in the last 30 years of its development process, has formed a unique and content-rich corporate culture.